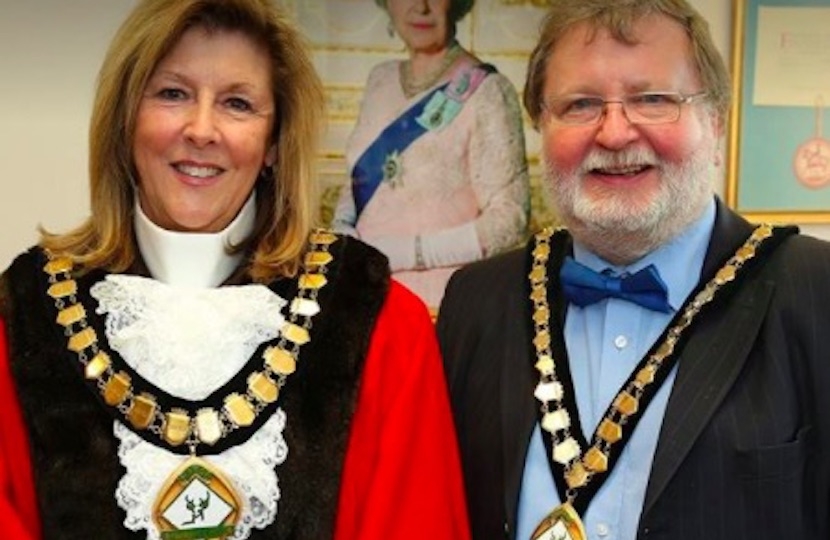 Cllr Tina McKenzie-Boyle was warmly welcomed as the new Mayor of Bracknell Forest at the annual Council meeting on 24 May.

Having represented Priestwood and Garth ward since May 2015, Cllr Mrs McKenzie-Boyle now takes over the role of first citizen from outgoing Mayor, Cllr Tony Virgo.

Cllr Mrs McKenzie-Boyle said: “I am proud to represent the residents of Bracknell Forest which has been my home for nearly 30 years. I particularly look forward to the opening of The Lexicon in September and meeting the diverse communities, charities and voluntary organisations that make such a huge contribution to our Borough.

‘My charity will be The Fire Fighters Charity. We are hugely fortunate to be able to call on the amazing professionals of the Royal Berkshire Fire and Rescue Service in an emergency. I want to ensure that the firefighters of Bracknell Forest who are always there waiting for our call, have someone to call on when they need help and psychological support.’

Cllr Alvin Finch, also of Priestwood and Garth ward, was appointed Deputy Mayor for the year.