Chris represents the ward of Wokingham Without on the Wokingham Borough Council.

Chris has lived in the Wokingham area since 1982. He currently lives with his wife on the Woosehill estate in Wokingham having previously resided for seven years in Wokingham Without.

He has taken a keen interest in planning matters in his current ward in opposing inappropriate development and has extended this experience to several years as a member and currently vice-chairman of the borough planning committee. He has also been a longstanding member of various licensing panels hearing appeals dealing with the sale of alcohol, the conduct of taxi drivers and questions of subsidising transport costs for children's journeys to school.

Chris relishes the opportunity to move to pastures new and to represent Wokingham Without residents on the borough council, working closely with the ward's existing councillors.

He was for many years a software development engineer but is now semi-retired. Using his degree in mathematics and diplomas in piano from the Royal Academy of Music he now offers one-to-one tuition in those subjects mostly to children approaching their GCSE and A Level exams. When council meetings don't intrude, he likes to act at Wokingham Theatre and regularly plays the piano in one of the local nursing homes for the residents.

Click Here to see what Chris and his colleagues on Wokingham Borough Council have been working on. 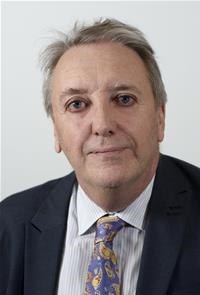