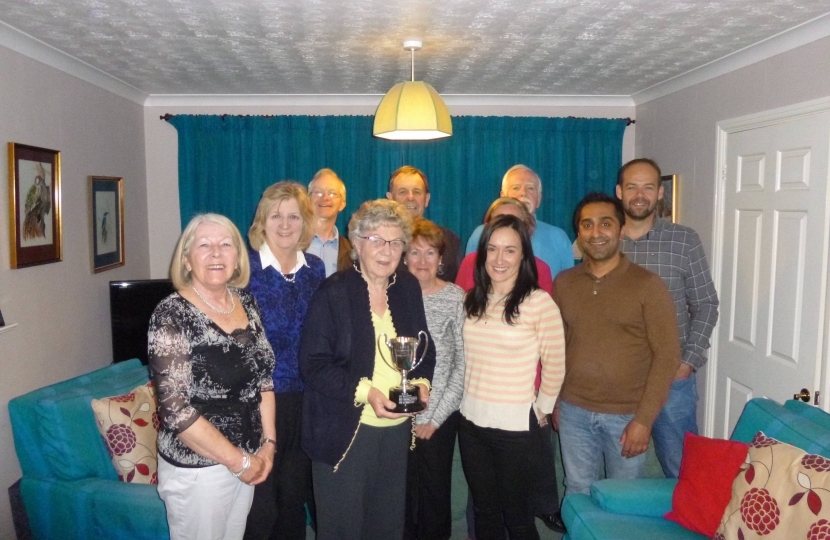 College Town Branch were awarded the Ingram Cup at the Annual General Meeting of Bracknell Conservative Association for the efficient running of their branch.

Chairman Mrs Carole Cupper received the Cup on behalf of the Branch.  She said that she was very grateful for all the work that the members had put in during the year, not only in fundraising for the Conservative Party but for their work in the community in running a Curry Lunch with all the proceeds going to the Sandhurst Day Centre when it found itself short of funds to replace the boiler an essential ingredient in the working of the Centre.

Chairman Mrs Carole Cupper said that College Town Branch had helped out surrounding branches by providing some of their members to stand for election in Central Sandhurst, Borough and Town Council  and introducing a new member/candidate for the Owlsmoor Branch.