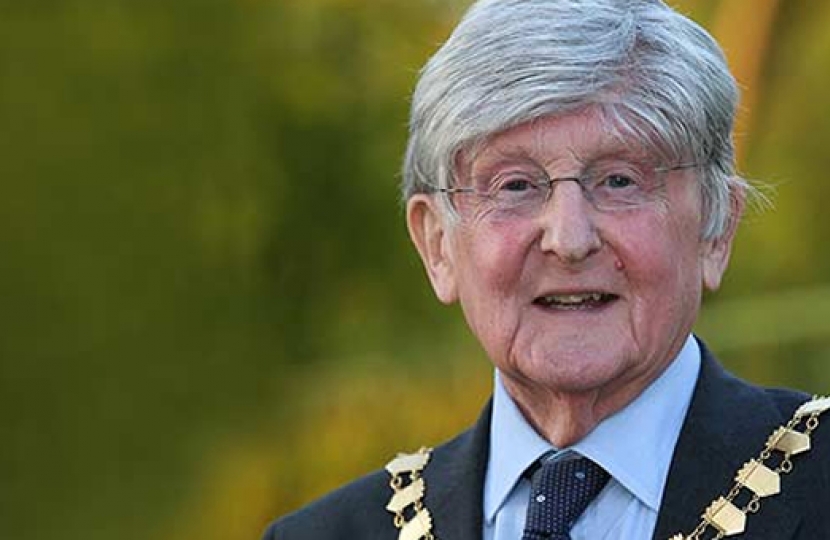 It is with deep sadness that Bracknell Forest Council’s Leader, Cllr Paul Bettison, has announced the death of Cllr Alan Kendall, Mayor of the Borough of Bracknell Forest.

Cllr Kendall, 75, who was made Mayor in May 2014, had been ill for some time and died peacefully at Frimley Park Hospital on Tuesday, 18 November.

Cllr Bettison said: “It is with a heavy heart that I have to announce that our wonderful, hard-working Mayor, Cllr Alan Kendall, has died.

“Alan was a great community stalwart who cared deeply about the borough and the residents he served so diligently. His contribution as a parish and borough councillor, executive member and Mayor over the past two decades has been invaluable to our community.

“Alan will be very much missed by everyone who knew him and worked with him. Our thoughts and condolences are with his family and friends.”

Cllr Kendall was elected to Winkfield Parish Council in 1995 and was elected to Bracknell Forest Council in 2000. He served the borough council in many capacities including being chairman of the Licensing and Safety Committee, being executive member for education, before becoming Deputy Mayor in 2013, and Mayor in 2014.

Cllr Kendall had a varied career before he moved into local politics, a career that was born after he read theology at Cambridge and was awarded a Choral Scholarship at King’s College.

On graduation he spent four years in Paris, working for Hachette Publishers and as a freelance musician. On his return to England he was appointed to St George’s Chapel, Windsor Castle, where he began to write books on music and related topics. He published some 20 books in all.

He was invited to teach at King’s College School, Wimbledon, and then to set up the singing department at Emanuel School, Wandsworth, where modern languages (including German) were essential.

Eventually, Cllr Kendall moved out of Windsor to the more peaceful atmosphere of Winkfield and Cranbourne, where he took on the family tradition of politics.

Cllr Andy Blatchford, Deputy Mayor, will be continuing the Mayor’s work in the interim.