Colin represents the ward of Crown Wood and Forest Park on the Bracknell Forest Borough Council.

I have lived in Forest Park since 1998 and have 2 adult children who, when young, both attended Crown Wood Primary School.

I have worked alongside my two Conservative colleagues in Crown Wood & Forest Park to help residents with issues, representing residents when they have problems. Alongside my two Conservative Councillors in Crown Wood and Forest Park I have undertaken monthly walking surgeries listening to your concerns and, had many congratulatory comments from you regarding the work we have undertaken on your behalf.

As Chairman of the Royal Berkshire Fire Authority, I have secured the future of Crowthorne Fire Station which is to be completely redeveloped this year and also led the reopening of Ascot Fire Station as a satellite of Bracknell Fire Station which now has at least 11 full time firefighters 24hrs a day helping to keep us all safe.

I have also held weekly liaison meetings with our Neighbourhood Police to ensure that Crown Wood and Forest Park are safe places to live and for our children to play and have also gained funding for equipment for the Crown Wood Police Community Support Officer.

I have helped many residents during the last four years on issues such as housing, school allocations, benefits and planning issues.

Want to find out more about what is going on in Colin's ward of Crown Wood and Forest Park?

On Sunday 7th November, we met with residents and Parish Councillors to litter pick around Savernake Park. 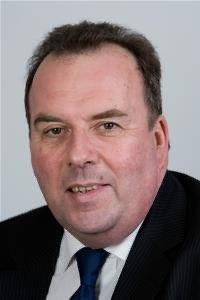